A police chase along the A107 Clapton Common, ended in a collision involving a motor cyclists and others. According to Twitter account @ChaimHochhauser, one person is dead, 2 injured and one arrest has been made.

“Police were called to Kingsland Road, E8 at 11:16hrs on Tuesday, 9 February to reports of a moped that had made off after a suspected theft. Officers attended. During enquiries the moped was located at 11:45hrs in Stamford Road.

The moped failed to stop for police and was pursued by officers using their blue lights and sirens. National Police Air Service was also called.

The moped was subsequently in collision with a van on Upper Clapton Road, Hackney at 11:55hrs

Two men on the moped, both believed to be in their late teens, were injured.

One male was later pronounced dead at the scene”.

Clapton Common is closed at both ends between Leweston Place and A10 junction Stamford Hill. A diversion is in place affecting  the 254,  253, 348 and 319. 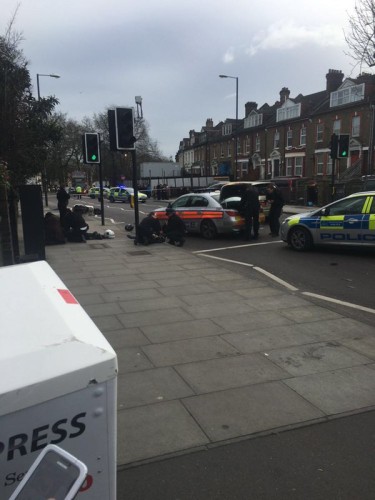