The endeavours of a thoroughly modern day Hackney Empresario 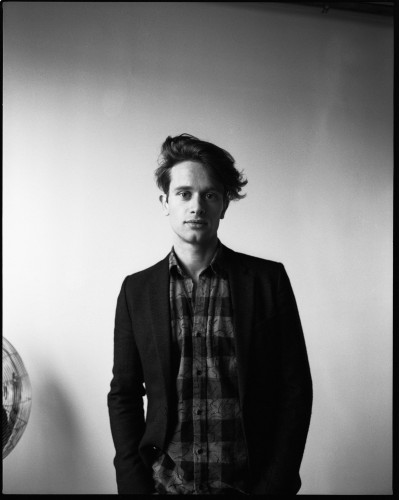 Former life coach and trained actor Leo Lawson O’Neil was born and raised in Kentish Town but is really a Hackneyite at heart. This Renaissance man is the managing director of Creative Network Partners and founder of the creative hub;  Netil House as well as Netil Market, Netil 360, The Russet and Hackney Downs Studios. I met up with Leo on a chilly Sunday evening last November at Broadway Market. He was beaming as he went from shop to shop to pick up some groceries.  He complimented the organic shop owner on his newly revamped store and a local resident / storyteller stopped him outside a café to chat with him. He seemed to me like the mayor of this place and gave me the feeling that he was completely in his element. I had a chat with him about how he got to Hackney, the story of how Netil House got started and all the other gazillion projects he’s got going on.

What initially drew you to come to Hackney?

I had been on this whole journey of self discovery for a long time and I ended up living at my mum’s house when I was about 25. I had just returned from an epic trip to New Zealand and I stayed at home for about 6 months and got really stuck there. I needed to break out and find a new home so I went on a walk about around London and there was a moment I will never forget. I had heard about the Broadway Market area but I had never been. Anyway, it was probably the beginning of December around 4:30 pm and it was dark. I was walking up Hackney Road and I arrived at the Cat and Mutton bridge just at the bottom of the Broadway Market. As I walked over the bridge I saw  the Christmas lights down Broadway Market street and all the little shops. At that moment when I saw those lights and I saw the little street curving off in front of me – I fell in love with it. That is the story of how I found Broadway Market and it was the first place I felt at home in London. That was now 6 years ago and since then I’ve barely left.

What made you want to invest in Netil House?

About four years ago I was walking down Mare Street, which back then was a little bit less active, when I saw Netil House, a big derelict old office building. I just thought it would be so cool to fill with studios and people. I then went to Hackney Council and dug out the planning. I tried to find information on the building and I eventually contacted the building’s agent and said I’d be interested in leasing it. They got back to me in late January and said “Actually, yeah we’d be interested and I thought “wow”!! Initially I just thought I’d fill it with a bunch of artists but then it turned out the building had been squatted and gutted of anything valuable so it wasn’t as easy as that. Anyway, it went from a couple of years to a 15 year lease and there began my massive learning curve in property development.

Who were the first people to fill the studios ?

Quadro who is still running the New Empowering Church (a music venue) at Netil House, Olly Betts and his band the Duke Spirit, and Harry Lee who’s a musician. Initially there were musicians, graphic designers  (including ‘Julia’ who designed our logo), fashion people like Miss Jacqueline White, shoe makers like Morven and film makers like Phink TV. Acrobats and sculptors moved in as well. 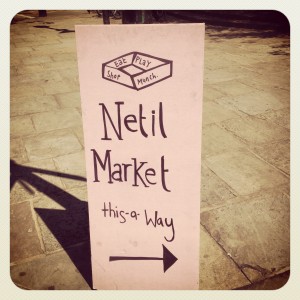 How was your daily grind when you first started and how has it changed since ?
When I first took on Netil House I couldn’t afford to employ anybody. I was all by myself. It was completely insane! I would literally have this enormous bunch of keys like 150 keys and I’d do group viewings with everyone. I’d show 25 people at the same time, take cash holding deposits and scribble on bits of paper saying ‘this your studio’. I had a small desk in this massive warehouse, my laptop, a PDQ machine and people would queue up. Now for the same job at Hackney Downs Studios I have a reception team , a head of operations, a building manager , and a financial department. So the early days were basically just me being completely nuts. That was back then, now my daily grind basically consists of a lot of meetings but now, there’s all the people who work at Hackney Downs and there’s my whole build team who are permanently developing the projects.

Can you tell me a bit about Netil 360 , your roof top club, Netil Market, Netil 000, The Russet and Hackney Downs Studios?

Netil 360 is our new rooftop space and it’s been run over the summer as a sort of members club. We’ve had events, hot tubs and really nice food up there. The great thing about Netil 360 is it’s relaxed and people are really friendly. It doesn’t feel like you’re in London it feels like you’re in a festival in the fields somewhere and obviously it’s got fabulous views. It’s quite close to my heart and the reason why we have hot tubs in the corner is because when I first came to the building it was just squalid. I stood on the roof top, I saw that spot and I just thought this would be an amazing place to have hot tubs. The amount of work to get to a point where we could put hot tubs up on the roof was insane. And next year we’re going to have an English country garden as well. 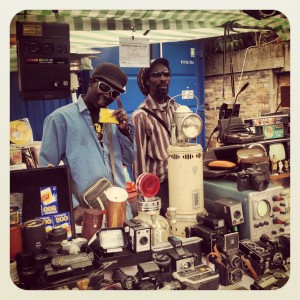 And Netil Market and Netil 000?
Netil Market opened 2 years ago and it was originally opened by residents of Netil House. It’s not like any other market it’s more fun and playful. It’s gone from being just a bunch of stalls in a car park to permanent pitches like a bike stall,  fish and chips, Lucky Chip do their burgers, we’ve got a florist coming and a milk shake person and all these cute little huts that are popping up. It’s becoming this permanent market street with little huts, a bit like what you see in the stables in Camden .

Netil 000 is a huge cavernous white cube warehouse and in that space we have everything from photo shoots to video shoots, commercials, private parties and films. We have big really cool club nights which always have really interesting music. It’s really eclectic and now Netil 360 is running events in there at the warehouse space in the winter as well.

And finally what about some of your more recent projects, Hackney Downs Studios and The Russet? 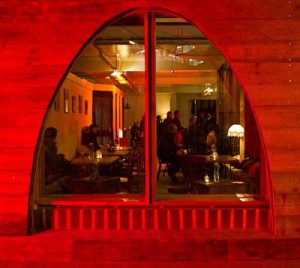 Cosy view of the Russet

I took on the Hackney Downs Studios  in September 2011 and the building is gigantic. It is a 70,000 square ft site and it’s less up and down than Netil House so it’s more sprawling. We’ve got a wasteland green area and this massive 11,000 square ft air hanger space. At the moment we have 50 studios there but we’ve also got all these event spaces. Friday night we’ve got Street Feast which is a street market with all these street food,arts and fashion traders. The reason why I’m excited about Hackney Downs is because it’s right by the park. I saw Hackney Downs and I saw the potential for creating a lovely little village next to the park. We’re now just launching the shop fronts so the car park is going to become like a courtyard.

As for The Russet, I wanted Hackney Downs to create a café which was the heartbeat of the community, instead of letting it out to someone else we decided to open it ourselves.  I set off to hire a manager and came across Steve Wilson who runs the People’s Kitchen. They run feasts with food that has been thrown away. I hired Steve because he has a really cool combination of two things which is that he is deeply community focused and he is full of heart. He has an insane desire for artisan food. I wanted really great food and Steve has successfully managed to make the Russet what I dreamed of. The food is locally sourced and organic as much as possible. All the cakes are home-made. It’s everything you want from a gourmet café. We launched it in December 2011 but it’s grown gradually. 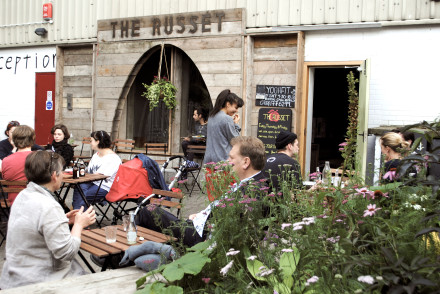 Do you think it’s all been very beneficial for the community in the Hackney area?

Yes, I believe it has been beneficial. We’ve revived the buildings and are really active in the community.  What I see is that there is nothing stopping the local population who have been here a long time from getting involved and I see a lot of people who are getting involved  are local. Probably 80 percent of the people I employ live in Hackney and the rest in Tower Hamlets or in Islington.  We now have a community division that develops community projects, for example The Russet has hosted What’s Cooking workshops where school groups come in and learn to cook. We recently launched an art project, The Wall, in the Hackney Downs car park where a range of artists and local people submitted designs to be displayed. 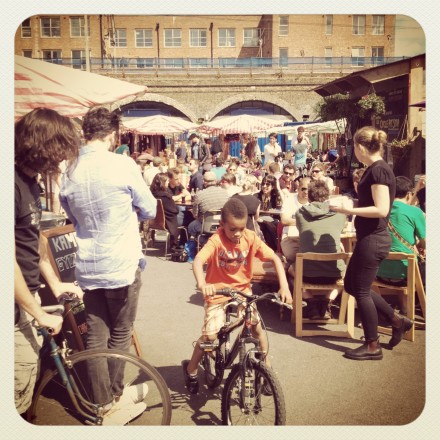