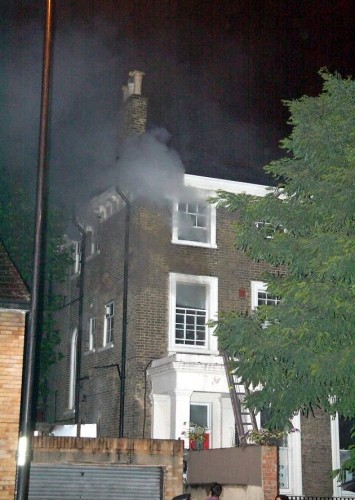 A second man died in the early hours of Friday morning, 7 September, following a fire at a disused former hostel on lower Clapton Road, on  Saturday 4 August.  He has been named as Lukas Gorkowski, 31, a Polish national of no fixed address.

Gorkwoski jumped 25 feet from the building to escape flames and was transported to the Royal London Hospital in a critical state, suffering from burns and injuries he sustained while jumping from the building.

A 32 year old man, Polish national Krzysztof Waleczek, also of no fixed abode was found dead in the building. A post-mortem gave cause of death as smoke inhalation.

A man and woman were rescued by fire fighters from the roof and porch and were taken to Homerton hospital and later discharged. One person was uninjured.

On 5 August a 37 year old man was arrested in the vicinity of the building, on suspicion of arson and taken to a police station. He has since been  bailed to return in October.

The building is believed to have been used as a squat and are treating the fire as suspicious.

Detectives from Hackney are appealing for any witnesses or anyone with information on the fire to come forward – please call police on 101; if you wish to remain anonymous call Crimestoppers on 0800 555 111.