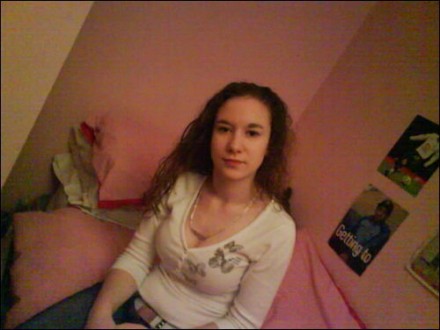 The teen accused of murdering a Hackney mother just two days into the new year, went on trial today at The Old Bailey.

Kirsty Treloar, 20, was stabbed 29 times by Myles Williams, 19, just three weeks after she gave birth to their child, jurors were told.

Earlier, he sent her a text at 11pm on New Year’s Day saying: “Okay wer all gud now and my new yrs ressy is that i aint going to hit u again and i won’t hit u 4 this yr next yr the yr after that the next yr after that.”

It ended: “But I wont u to swear on (their daughter’s) life u wont piss me off and do things to make me angry love you 4 eva.”

Crispin Aylett QC, prosecuting, said: “This can only be described as a conditional New Year’s resolution. It lasted only until the following morning.”

Seven hours after sending his text, he received a reply at 6.30am on January 2 from Miss Treloar saying she did not want to see him, after which he broke into her family home in Brownlow Road,  where he launched a knife attack on her.

It is alleged her brother Dean, 23, and sister Gemma, 24, tried to help, and were also knifed during the attack. Gemma was cut on her arm while  Dean was stabbed in the chest.

Kirsty Treloar was dragged screaming into a car and driven away. At the time neighbours said they heard the sound of breaking glass and soon after a young girl screaming “please please please” then the sound of a car screeching away.

Although only 19, Williams is the father of four children by three women including the victim. He also has a history of aggression and had been very controlling towards Kirsty Treloar. The court was told he was on bail for another assault on Kirsty a few days after she had given birth to their daughter.