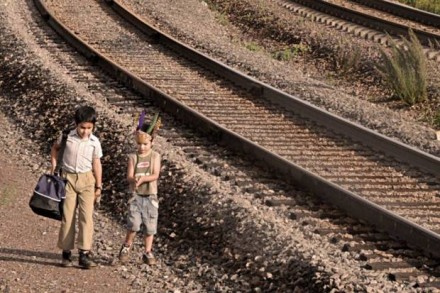 London MexFest was a 3-day cultural event at Rich Mix Cinema in Bethnal Green Road as part of the Shoreditch Fringe Festival. The Festival celebrated Mexico’s rich array of films, music, art and food. A surprising element of the festival were their film selection, which included never before seen sci-fi films.

One film I saw at this festival was Gerardo Naranjo’s angry, rebellious love story, I’m Gonna Explode. Roman and Maru played by Juan ­Pablo de Santiago and Maria ­Deschamps, are two 15-year-old teenagers attracted to one another through their estrangement from family and their reluctant attitude towards school.

Roman, the son of a local politician, Eugenio played by Daniel Giménez Cacho, formulates an escape plan with Maru from the shackles of their alienated lives with a fake kidnapping plot in which Roman pretends to hold Maru at Gunpoint. Instead of fleeing their hometown of Guanajuato, the pair take up residence on the rooftop of Roman’s house. A place non too unfamiliar to young Roman, who has spent many a day hiding on the rooftop, being ignored by his self-centered father.

This beautifully shot film wields a great use of color and a cunning use of diegetic sound although the story is a little dragged out (just as you think the film is going to come to a conclusion you have at least another 20 minutes in store). But makes great viewing and is a definite recommendation for fans of world cinema.

We Are What We Are

They say you are what you eat, but the family in question can hardly be called people in Jorge Michel Grau’s grizzly social realistic-drama We Are What We Are. The film opens with whom we later discover is the patriarch and provider for the family, dyeing in a pristine shopping mall in Mexico City.

This is preceded by the family’s failed attempts to continue the tradition of hunting for flesh of the human kind without the father. The oldest of the family Alfredo played by Francisco Barreiro, takes the reins and responsibilities to provide what hiss family requires, accompanied by his short-tempered brother Julian played by Alan Chavez.

A family drama at its heart, this film is more than a simple horror story dealing with a family of senseless cannibals killing and devouring people for no apparent reason, rather the film explores why the family commits the ultimate taboo in the first place. A Remarkable piece of film-making paired with an intriguing narrative We Are What We Are is not for the easily offended.

Diego Luna’s directorial debut is an astute satire of Mexican family life playing with themes of patriarchy and family. Abel played by Christopher Ruíz-Esparza, is a neurotic little boy who has spent time at a psychiatric facility after reacting badly to his fathers’ disappearance two years prior, resulting in Abel retracting into silence.

His mother Cecelia played by Karina Gidi persuades the doctors to allow him to return to the family home, and upon doing so, Abel assumes the role of his father for the sake of his siblings Paul and Selena.

This charming piece of satire does explore a wide range of emotions taking from drama to comedy to return full circle. Playing on the fact that he was pretending to be the father does become a bit tiresome paired with an unsatisfying end Abel does have the makings of great film but was missing that punchy finish to make it one.