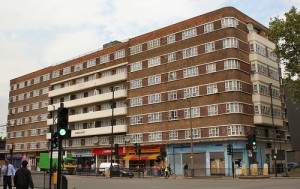 Lucky to be alive: toddler fell 3 floors down

A 22 month old boy who fell from a third floor window yesterday (Tuesday) is said to be recovering well today. The lucky unlucky child was seen by passerby’s, who alerted emergency services, is deemed to have no life threatening or life altering injuries, but sustained a broken jaw.

A police spokesperson said:  “Police were called to an address in Amhurst Road,  at 03:49 pm, after reports were received that a child was seen bleeding on a roof. It was later established that an infant had fallen from a 3rd floor window onto a concrete overhang, between the ground floor and first floor levels.

“A member of the public managed to climb on the overhang and get hold of the child, preventing him from falling the further distance”.

A passerby Ben, told Hackne Hive,  “I was passing in the car when it was all happening. I didn’t see the actual fall but when I got there the baby was on the ledge by Pembury junction and was causing great concern for passers-by. The baby had a bloodied mouth and was standing right on the edge of the ledge looking a bit dazed. After a couple of minutes some man appeared on the ledge/canopy and grabbed the child. Then I drove off. It happened directly above the traffic lights.

Another witness Louise Glazebrook from Stoke Newington, who called emergency service, told Hackney Hive: “The police arrived when I was there and I called an ambulance but we all got asked to leave. The image of that child is just horrific and I’m so upset but need to know if he is ok”.

Enquiries by police into how the child fell, is still ongoing.