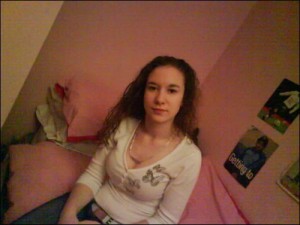 Police have named the woman found dead in an abandoned car as Kirsty Treloar, a twenty year old new mother of a one month old baby girl.

The baby who was unharmed, was also taken from the address to hospital as a precaution. She remains in hospital under observation.

Two other people were found at the home she was abducted from.  Her 22 year old brother is said to be in stable condition and her 24 year old sister has been treated for minor injuries at an east London hospital.

Police were called at approx. 7:10 am on today, Monday 2 January to reports of a disturbance at an  address on Brownlow Road, E8, near Queensbridge Road.

Officers and London Ambulance paramedics found a 22 year old man and a 24 year old woman with stab wounds and transported them to an east London hospital.

The suspect is believed to have fled the scene in a grey Fiat Stilo prior to police arrival.

Police say they discovered the body of a woman at 8:30am after they were called to an abandoned Fiat Stilo in Ryders Mews, a tiny alley in Homerton, just off the High Road. The woman had stab wounds and was pronounced dead at 8:34 am.

Whilst they await formal identification, police  are confident that the woman found dead in the Fiat, is Kirsty Treloar, a former student of Hackney Free School.

Extensive enquiries are ongoing to trace the suspect.  Anyone with information is asked to call officers in the incident room on 0208 345 1570. Alternatively to remain anonymous please call Crimestoppers on 0800 555 111. 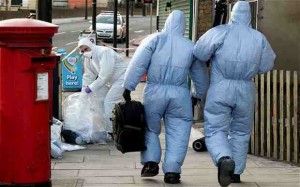