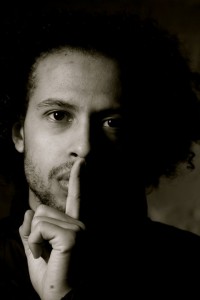 When I first heard Dean Atta’s  “I Am Nobody’s Nigger” on Sound cloud last week.  I was rocked to the core. Not because he was telling anything new, but because I’d never associated that word  with being the last word Stephen Lawrence heard or the the last words my African ancestors sold as slaves heard as they where whipped , lynched and hung dying on a Sycamore tree.

You are not alone if you are not familiar with Dean Atta or his work.  I wasn’t until last week. To be exact it was the day after the Stephen Lawrence trial verdict, when his free style poem “I’m Nobody’s Nigger” came to my attention.

Inspired in part by the Dobson/Norris verdict and moved by the  Panaroma reconstruction documentary on Stephens murder, 26 year-old Atta, explained to me how it came about.

“The evening of the  verdict, I updated my Facebook status to read ‘Rappers, when you use the word ‘nigger’ remember that’s one of the last words Stephen Lawrence heard, so don’t tell me it’s a reclaimed word.’ It must have resonated with people because in a short time it had over 80 face book likes and had been retweeted  50 times. People connected with that line.

“I couldn’t sleep that night and began scribbling and in half an hour wrote it. Usually I re write, edit and tweak. This time I didn’t” says Atta.

“I emailed it to Musa Okwanga, someone I admire and respect.  He liked what he read and told me to run with it”

That’s just what Atta did. He recorded it on his iPhone and uploaded it on to Soundcloud. The result was heartfelt words – raw emotion, which resonated with thousands of people.

For me, a Black woman who was a teenager in the late seventies and young adult in the 80’s, I remember spending hours listening to Richard Pryor’s raunchy profanity laden albums and watching his comedy videos, howling with laughter, even with his very liberal spattering of the word “nigga’,  My friends and I thought he was hilarious.  Despite the negative connotations, Pryor along with George Carlin, remain my favorite comics.

The word “nigger” is arguably the most controversial and offensive racial slur ever used. Racists use it to belittle and dehumanise people of African descent; yet many black youths have appropriated its usage, flipped the context, and reinvented its meaning. Many think it’s a word they have ‘reclaimed’, implying that it is not offensive if they, instead of a white person use it.

While it’s not a word I used liberally, there have been occasions, within certain circles I’ve used it. More so in America, than when living in Britain. Thanks to Dean Atta I buried that word last week.

The man behind the words

Atta who has a Greek Cypriot mother and a Jamaican father is more than a commentator on social black issues.  He is a graduate of Sussex University where he earned a BA in English and Philosophy and was President of the African, Caribbean & Asians Students Union.

No stranger to performing, he was a child actor and appeared in several west-end shows, including Oliver and Bugsy Malone.

“I started writing in school as a way of expressing myself and questioning injustice, that even as a child I could see all around me, I also began writing about race and sexual identity and used poetry to shine a light on social issues that would normally be swept under a carpet or not spoken of”, says Atta.

Rice and Peas a powerful spoken word piece he wrote and performed about domestic violence within a gay relationship, is one of those unspoken issues he alludes to.

Openly gay, he is  also an activist and has spoken out on the rejection of gay people by rap and hip hop culture and homophobia.  In 2010 Atta became involved with Red Room Gay Africa a forum set up  in response to growing LGBT human rights violations in Africa.

In an era where cliches dominate publicity bios for wannabe performers and X Factor freaks, I can truly say Dean Atta is a formidable poet and spoken word master on a whole ‘nother level.

But he tells me his proudest moment was writing and reading a poem for one of his literary heroes; Maya Angelou to mark her 80th birthday at the Dorchester in London.

“I just want to continue writing, performing and immerse myself in social projects that I am passionate about”, says Atta.

Those passions include working and mentoring disaffected youth, gay activism and playwriting.

You can catch Dean Atta and other performers every last Friday of the month, at Come Rhyme With Me at Cottons Restaurant in Exmouth Market EC1.

His play Queen Pokou can be seen at Stratford Circus Theatre March 8th and 9th.