Exclusive: People out there know something about my brothers murder 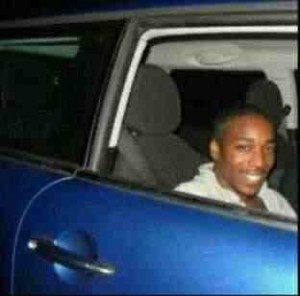 Cyrena Barned had just returned to London after teaching ESL in South Korea for a year, and was looking forward to catching up with family and friends.

After a joyous Christmas reunion with her family, she wasn’t expecting her time with her younger brother Aarron, to be tragically and brutality cut short in the early hours of New Years morning.

Aarron McKoy was celebrating New Year and his 22nd birthday at a venue in Hatton Wall, Clerkenwell. At approximately 4:10 am 1 January, police were called to reports of shooting in Portpool Lane EC1. They found Aarron McKoy of Hackney suffering from gunshot wounds, he was pronounced dead at the scene.

Although several people have since been arrested and two men charged in connection with Aarron’s murder, the investigation continues and police are still very eager to speak with people who were present at the Clerkenwell House Wine Bar in Clerkenwell on New Years Eve or anyone who witnessed the incident.

Cyrena told Hackney Hive: “My brother Aarron was such a loving young man. He was warm to everyone he came in contact with and was a very popular person, which is why I know people who knew him, even in the most casual way, would have seen or even heard something that morning my brother was killed.”

The Clerkenwell House Wine Bar was very busy that night, there were a lot of people celebrating the new year, many of them may have known Aarron, if not personally, they may have known him casually from the clubing circuit. ” Aarron was memorable, some of the clubbers would remember their encounters with him” she explained.

She urged them to think how they would feel if this happened to one of their own loved ones and stressed that they would receive the highest level of protection from the authorities, if it was fear of repercussions, that was stopping them from coming forward with information.

Cyrena emphasized;  “This could have happened to anyone around the club that night. Anyone who would take a gun to what should be a happy event, would not have thought twice about killing anyone else out celebrating, who they felt slighted them.”

She is hoping that by keeping the story alive, people who may know something will feel compelled to come forward.

“I’m afraid if the story goes cold in the media, people may forget or think Aarron has been forgotten.” Cyrena explained.

Anyone who witnessed what happened or has information that might assist the investigation is asked to call the incident room 020 8733 4212 or to remain anonymous, Crimestoppers on 0800 555 111.