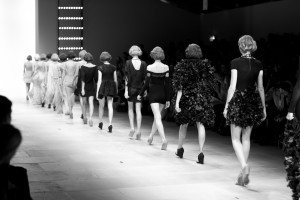 The fashion designer whose studio is based in Hackney, wowed them again at  London Fashion Week, when he showed his summer 2012 collection a week ago.

Fast,  a Canadian who graduated from Central St. Martins, is known for his exciting and innovative use of yarns of  wool, linen, silk and cotton in his stunning knitwear designs…which are not your grandmothers style of knitwear. We’re talking body clinging mini dresses, floor sweeping tasselled ensembles, high wasted slim legged pants and even swim wear. 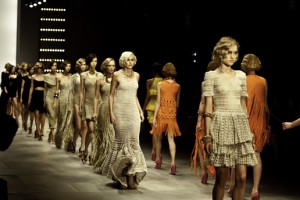 And it’s not just his designs that stands him apart. His decision to add “curvier” models to his show back in February 2010 raised his profile, especially after his stylist and and creative director walked out at the 11th hour, angry about having to work with “healthy”  girls.  He has since used size 12 and 14 models in various catwalk shows and has been lauded for his effort in challenging the fashion world obsession with skeletal size zeros.

While a lot of people were happy about his inclusion of  size 12 – 14’s they (including me) wasn’t too thrilled with the fitting. They may have been curvier, but they were definitely squeezed into smaller sizes, which did nothing for them. 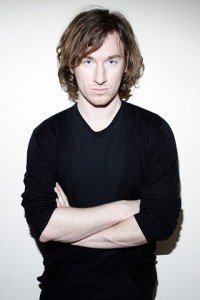 When I asked Fast if he would be introducing a plus line any time soon, he replied: “We always design with fit in mind. A lot of the dresses they wore were body-con so they obviously look tight fitting”.  I took that as a no.  In the past he has used Crystal Renn (who by the way has now shrunk from a size 16) and Gywneth Harrison (a healthy size 12).

It was a long shot, but I asked if he was ever inspired by the fair maidens of Hackney. He non-commitally responded; “We had a fabulous model from Hackney in our Faster by Mark Fast collection in New York Fashion Week…. She looked rather amazing!”

Even more amazing is that Cassandra Martin a student from Hackney was there and sent us some photo’s. 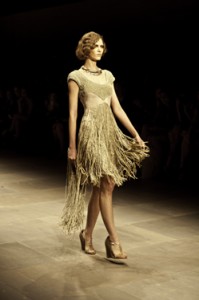 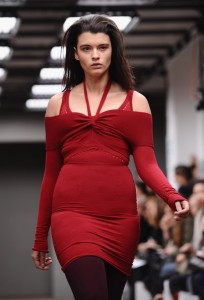