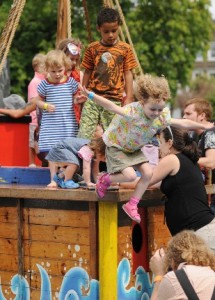 Here’s an idea, the kids are off from school so why not treat them to a day out at the Lollibop Festival that takes place on the weekend of 5th  6th  & 7th of August, in Regents Park.

Last year we gave away several tickets to Lollibop and this year we have a family pack (4 people) worth £80 to give away to what is described as the big bash for little people. Organisers have secured an impressive line up of diverse attractions and activities, guaranteed to keep kids (big and small) entertained for hours on end. 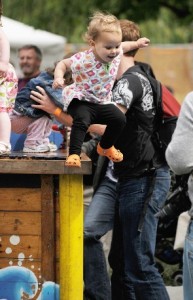 Straight off the TV and onto the LolliBop live stage is CBeebies favourite Rastamouse and Da Easy Crew, making their London debut at the LolliBop festival. Rastamouse, Scratchy and Zoomer will keep the little ones bopping with ‘Hot Hot Hot’ tracks from their debut album and cool, cool performances of songs from the show including ‘Ice Popp’.

Other big name acts confirmed to perform at the festival, include Dick and Dom, ZingZillas, Peppa Pig, The Bopps and Charlie and Lola. And popular CBeebies presenters Carrie Burnell, Alex Winters and Sid Stone will be joining in all the fun too.

But LolliBop’s not just about watching TV favourites in action! Madness frontman Suggs promises to get the party into full swing when he plays a one off set on Saturday, which is sure to get dads up and dancing too!

Just send an email to [email protected] , remember to include name and contact phone number. Competition ends Friday 29th July and you will be notified that day. 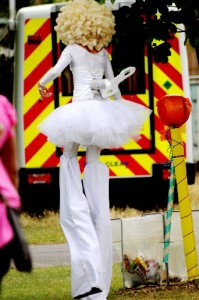