Little London Fields Festival is back on – Sat 20th August 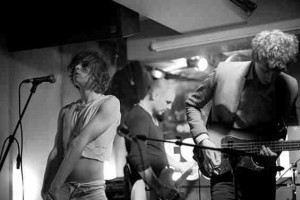 Islington Boys Club, one of the confirmed acts

Last years festival was a resounding success by all concerned, so it was a surprise when last week, the Little London Fields Festival organisers announced it’s cancellation.

Despite last summer’s event being crime free, the organizers say Hackney council opposed the event in “its current form” and left them with no other option but to cancel the June 4-5 dates.

Yesterday one of the event organizers, Alex Daw announced that the festival was back on again. “There was a conflict of interest with the council which has now been resolved” claims Daw. “The festival has been re-scheduled for Saturday August 20th for one day as opposed to two, this year.  I think the council were a bit concerned of the scale and ambition of last years event, given how successful it was and how busy the park has become over the summer months.”

A free festival, Little London Fields Festival showcases an array of fresh talents including an eclectic, alternative mix of  contemporary art, cutting edge fashion design and dynamic new music from some of the best up and coming talent around.

Did anyone mention food? Yes, they have it. Last year they had about 20 local food stalls, ales and cocktails to sample. This year they promise the same.