Girl 4, Stabbed to death in Clapton 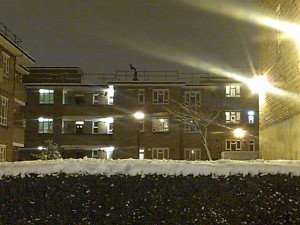 Police say they responded to reports of a knife incident just after 3pm at a flat on the Chatsworth Estate on Elderfield Road, in E5.

Paramedics pronounced 4 year old Nusayba, dead at the scene and a 36 year old woman believed to be her mother, has since been sectioned under the mental health act and is at a secure facility.

While police have not confirmed details of the girls death, some are saying the mother, Shayma Bharuchi allegedly stabbed her several times while listening to readings of the Koran being played loudly, through her headphones on an MP3 player.

The gruesome scene was discovered by the Nusbaya’s father, Jerome Negrey, when he returned to the flat from work, on Thursday afternoon.