Which will win it for Hackney? The ‘Academies Act’ or the ‘Building Schools for the Future’ scheme? 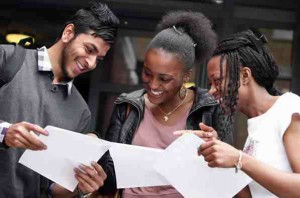 Little over a month ago, the ‘Hackney Free & Parochial Church of England Secondary School’ opened it’s recently renovated doors to the new term’s intake of pupils. Can it prove the Conservatives folly in ending the ‘Building Schools for the Future’ scheme? Or may it simply reaffirm the belief that the pursuit of Academies, built in the mould of Hackney’s Mossbourne Academy, is the real way to achieve educational success?

Hackney is fortunate in having escaped the immediate impact of the Secretary of State for Education, Michael Gove’s, drastic announcement that BSF projects would be frozen and have their promised funding removed. Hackney Council confirmed this when they stated that the Hackney BSF programme would remain unaffected in its commitment of £170 m to transform the area’s education standards by the year 2014.  One major beneficiary of this scheme has been the ‘Hackney Free & Parochial Church of England Secondary School’.

At a publicised cost of £17 million, the school now boasts state of the art teaching facilities in English, Mathematics, Science, the Humanities and Technology. Standout elements include a new environmental roof, which will enable teachers to incorporate outdoor scientific education, and two fully equipped multi-use games areas.

This academic year will see many eyes trained on the school to see if the injection of cash, no longer to come from the Government’s purse, has brought about a reversal in the school’s fortune. In the most recently published survey the school languished behind the national average of 47.6% of pupils who achieved 5 or more GCSE’s at grade C and above, with a lowly 21%. A dramatic improvement in that will surely be anticipated if the project is to appear as a valedictory success for the previous Government’s education policy. Whether it can ever match the standards of Mossbourne Academy, where it achieved 80% in the same survey, is surely in doubt.

Although both educational policies were a Labour invention, the Conservatives have now nailed their colours to the mast of the Academies. Hackney’s Mossbourne Academy has never been far from public declarations on the rejuvenating impact the policy can have.

Michael Gove, after announcing the ‘Academies Act 2010’, professed his admiration for Mossbourne’s Headmaster, Sir Michael Wilshaw for all he had done in transforming the school’s fortunes. Formally called ‘Hackney Down’s’ with the unfortunate moniker of the worst school in Britain, Mossbourne Academy now triumphs in the league tables and attendance records.

Although many attribute Mossbourne’s outstanding success to the individual Headmaster, and point to the many failing academies nationwide, the Conservatives continue to promote the notion that the future of education lies in Academies. The performance of ‘Hackney Free & Parochial Church of England Secondary School’ could go some way in showing that the Conservative’s dismissal of huge swathes of the previous Government’s legislation is misguided.

One Response to "Which will win it for Hackney? The ‘Academies Act’ or the ‘Building Schools for the Future’ scheme?"