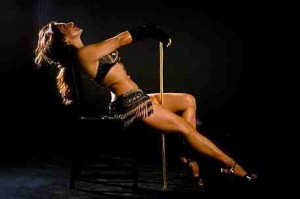 Recently Hackney council invited residents to have their say about a ‘nil’ policy being proposed for adult entertainment in Hackney. In essence it means no more licences will be granted nor will existing ones be renewed, when they come up for renewal.

The consultation which began last month will end December 13th and will ask the Council to adopt the revised policy on January 26th.

A reasonable proposal one might think if the borough was besieged with adult venues, but currently Hackney has a total of 5 adult establishments, all located on the southwestern tip of the borough, which is densely populated and the hub of what is a world renown night clubbing scene.

Four of them  offer lap dancing, some totally nude. They are: The White Horse and The Rainbow Sports Bar both on Shoreditch High Street, Browns and Ye Olde Axe on Hackney Road. The other is a discreet adult store – Expectations on Great Eastern Street that caters more to the gay community.

To the best of my knowledge none of them have ran afoul of vice laws such as prostitution, which would usually guarantee criminal prosecution,  revocation of license and closure. So why is Hackney Council proposing a ‘nil’ policy for adult entertainment venues and not betting shops which are more detrimental to the community?

Lap dancing clubs  or sex establishments – as Hackney Council prefers to call them, are venues fellas go to watch scantily clad girls gyrate.  We aren’t talking brothels which exist in Hackney, aren’t licensed and offer sex. They are often targeted by dangerous criminals who pose as punters, but once inside will rob and rape.  Something that doesn’t occur at lap dancing clubs or sex shops.

Yet according to Cllr Chris Kennedy: “The Licensing Committee is proposing a ‘nil’ policy on licensed sex establishments as we do not believe they fit with the character of our town centres and neighbourhoods.”

The premises he refers to are all located on densely populated high streets, alongside night clubs, Kebab shops, restaurants, greasy chicken and chips take-aways and other business premises.  They are not easily accessible to kids and pose no threat to them, in fact a 12 year old in Hackney can buy a gun much easier than gain entry into an adult establishment.  So just who are these businesses hurting?

Pauline Bristow owner of The White Horse on Shoreditch High Street says: “If a nil policy is introduced, we will have to let go of our staff, who depend on us for a living. That will be more people claiming benefit. Our establishment has never been a problem. ”

One resident told Hackney Hive about the yobbish group of punters who go to the lap clubs for their stag nights, he said: “They get themselves in quite a state and can be a problem for us who have to witness it.” Others talk about the men who frequent it. There was a time ‘City boys’ would entertain clients at the lap dancing clubs at lunch time, often putting it down as expenses, but since the credit crunch all that changed. Now it’s a different type of customer.

Bristow, who closes her club, The  White Horse, at midnight says her flat above the White Horse is next to a bus stop and she is awoken at 4 am when clubbers are pouring out of the night clubs. She said  “the noise and chaos can be quite unbearable.”

Regardless of who frequents lap dancing clubs, there are women who depend on the money they earn.  One of them who spoke to Hackney Hive is a 21 year old Uni student said: “This is worrying for me as I find I can fit dancing around my education easier than other part time work.  I also don’t have to work as many hours as I would have to in a more tradition job, to make the money I do.”

Another young woman, a 26 year old single mother of  two said: ” I live 10 minutes away, I can not support my children on benefits. Does Hackney know they will be taking away jobs?”.

Adult establishments are not the only businesses having their licensing policy reviewed. Licensing of alcohol sales, music, clubs, late night sale of hot food and drinks will also be reviewed, but none of them are being targeted with a ‘nil’ policy.

The ‘nil’ policy appears to be a cowardly way of targeting an industry whose female workers are already marginalised and wouldn’t get the type of support the usual suspect NIMBY’s this borough is known for.

You can see more of the document here