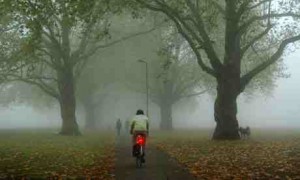 Reports of cyclists being attacked and robbed of their bikes, while riding in the Queeensbridge/ Haggerston/De Beauvoir area by robbers in Balaclavas, has recently been surfacing on twitter and a cycling message forum.

One cyclists on cycling message board described his recent attack a few weeks ago, while cycling along Northchurch Road and De Beauvoir Road – a stretch of road with no CCTV cameras.

He posted: “I was attacked on my bike at 2am a few weeks ago on De Beauvoir Rd and Northchurch Rd. A guy sprints out of the shadows from the other side wearing a balaclava, pushes me into a high curb, I fly headfirst into a wall and him and another balaclava’d accomplice kick the s**t out of me as I’m on the floor. They threaten to stab me, steal my bag and my bike (old Peugeot steel frame custom build – not worth much). End up in A&E with fractured toe and lots of skin missing from multiple limbs. Police told me there’s been over 15 similar attacks on this stretch of road in 2 months. Guess I don’t need to spell out that’s it’s a good idea to avoid this route home at night.

He added: that route through De Beauvoir is in the TFL cycle guide. It’s quiet and there’s no CCTV. I went back to the place a week ago and from where the guy must have been hiding you can see bike lights approaching from at least 300m away at the canal bridge so plenty of time for them to get in position and wait… calculated scumbags.”

Even more chilling was an attack last year on Peter Kimble, who writes for the Guardian. Kimble blogged about the horrific attack on him in full view of his girl friend, which included him being viciously beaten by thugs with his own D-lock.

A member of the Queensbridge Safer Neighbourhood team told Hackney Hive, he was aware of ‘bike rage’ attacks, where cyclists, were followed and attacked by irate motorists, but was not aware of a rise in robberies while cycling. He did however acknowledge that robbers would be attracted to that area, due to the ‘high value’ bikes and said robbery-attacks  could rise, as the dark nights set in earlier.

Your local Safe Neighbourhood Teams can be found here

2 Responses to "Violent ‘bike jacking’ and robberies in Hackney"