Jacob Ross reads from debut novel at The Bookbox 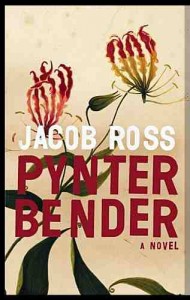 As part of Black History Month, Grenadian born Jacob Ross will be reading from his debut novel Pynter Bender.

Families have their own histories and superstitions. They carry tales, experiences, and memories through the generations. When Pynter Bender is born fully two days after his twin brother Peter, he is temporarily blinded by a caul over his face, and carries with him three hundred years of Bender family myth. The people of the village of Old Hope, and especially his aunts and grandmother, are convinced that Pynter is  a spirit child, who has sneaked into the world behind his brother, carrying within him the ghost of his ancestor Zed Bender. Spirit children are not meant to live beyond a certain age – Pynter is born to die. They say he will have to cross the ocean to lift the curse.

Even after his vision has been restored, the occasional and accidental discoveries of his childhood do not fully reveal to Pynter the mysteries of his own family. As he grows, however, life in the sugarcane belts of Grenada is changing, implicated in the global mood of political unrest and protest of the Fifties and Sixties. Pynter’s destiny as the vessel of Bender family history will be subsumed by his role in the terror of the pre-Independence struggles on the island. But still he has his journey to make.
Strikingly rich in language and imagery, Ross’s debut novel is a dramatic tale of love and violence.

Ross is also the author of Song for Simone and A Way to Catch the Dust, co-editor with Joan Anim-Addo of Voice, Memory, Ashes co-author with Kwesi Owusu of Behind the Masquerade: The Story of Notting Hill Carnival;  Ridin’ n Risin and Turf – Anthologies of Short Stories with Andrea Enisuoh.

He edited Artrage, Britain’s leading Intercultural Arts magazine. He currently lectures in creative writing and international literature in England and abroad. Hailed as ‘a writer of formidable technical range and emotional depth’, Ross’s work has been critically acclaimed internationally.

In 2006 Jacob Ross was elected a Fellow of the Royal Society of Literature and was one of the judges of the V.S. Pritchett Memorial Prize in 2008 and the Tom-Gallon Award in 2009. His first novel, Pynter Bender, was published in September 2008. Jacob Ross  recently won an Arts Council of England Award for his current novel in progress, The Village Above the Wind.