Hackney Based Thriller Coming to Channel 4 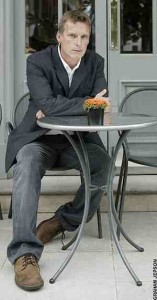 A Hackney based thriller written by Hackney resident, novelist and screen writer Ronan Bennett, has been commissioned by channel 4.

Top Boy, a four part drama centres around Dushane, a 19-year-old street gang leader, on the fictional Summerhouse Estate, who has ‘aspiritions’ of becoming a drug dealer.

Bennett, who along with story consultant Gerry Jackson, researched their subject first hand. His screenwriting credits include the film Public Enemies and TV dramas The Hamburg Cell and Fields of Gold.

Bennett said: “I knew that I wanted to write about this world from the bottom up, from the point of view, not of the police, but of the tinies and youngers I saw every day hanging around the supermarket forecourt. I wanted to know about the lives these kids lived. Some of their stories were brutal and frightening. Others were sad and some were unintentionally funny.

“I wanted Top Boy to look at the fabric of life in a world we hear a lot about, but about which we know a lot less than we think.”

The four part drama is being produced by independent film production company – Cowboy Films whose credits include The Last King of Scotland and Poppy Shakespeare. The producers will be Ronan Bennett, Charles Steel and Alasdair Flind.

The cast and director have yet to be decided.

No stranger to the gritty side of life, Bennett was an 18 year old Irish republican revolutionary, when he was wrongfully convicted of killing an RUC officer and spent 18 months in prison.