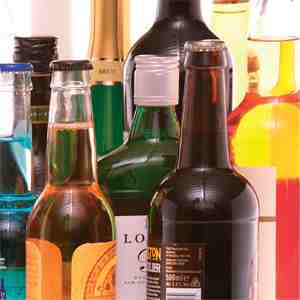 A joint two-day operation by Hackney Police’s Licensing Unit, Hackney Council Trading Standards Officers, and HM Revenue & Customs has resulted in the seizure of £150,000-worth of counterfeit alcohol from one Clapton store.

On Wednesday 24 March at 10.30am, officers uncovered five pallets, containing approximately 500 bottles of fake branded spirits as well as two pallets containing 200 bottles of wine in the stores of one shop in Clapton. The spirits included counterfeit bottles of Bells, Teachers and Grants Whisky as well as Vladimir and Smirnoff Vodka. All bottles were identified as counterfeit and contraband*

Customs HM Revenue needed to book a long wheel-based truck in order to remove the alcohol from the premises (see picture).

In total, six premises in Hackney were targeted over a two-day period (Wednesday 24 March-Thursday 26 March) and a large haul of alcohol and tobacco was seized.

PC Amanda Griggs from Hackney Police’s Licensing Unit, said: “Counterfeit alcohol and tobacco potentially poses a serious threat to anyone who uses it, and helps fund organised criminality in our community. This is not a victimless and harmless crime and we are committed to working with our partners to tackle this issue.”

Steve Douglas, Corporate Director, Neighbourhoods and Regeneration, said: “In two days, we’ve succeeding in keeping a substantial amount of counterfeit alcohol off the streets of Hackney – a great result. Black market traders can have a devastating financial impact on legitimate businesses. Joint operations to disrupt, deter and seize goods from those peddling counterfeits will continue in Hackney, and anyone caught will face prosecution.”