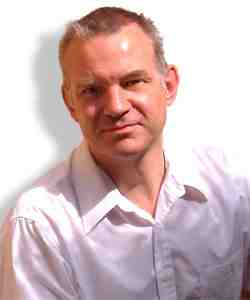 With local and national elections closing in on us, do you know who the mayoral candidates are for the borough of Hackney?

One of the hopefuls standing against current mayor and Labour candidate, Jules Pipe, who has been in office since December 2002, is Conservative member of the London Assembly Andrew Boff, elected in the 2008 election. He is a Londonwide member, representing all thirty-two boroughs and the City of London.

Andrew Boff who lives near Broadway Market, has been active in the community as well as local Hackney and London politics for several years.

A former councillor for Queensbridge ward, he currently sits on several committees, and is the Conservative Group lead on the Olympics. A keen cyclist, he is the Mayor of London’s Ambassador for Cycling in London.

Before moving to Hackney in 1993 he was leader of Hillingdon council in West London.

51 year old Boff, is also an active member for Broadway Market Traders Association and was very active in bringing attention to the shameful and questionable treatment by Hackney council and property developers, towards Broadway Market resident and trader Spirit (Lowell Grant).

This is not Andrew Boff’s first run for mayor of Hackney. He came second in both the 2002 and 2006 Hackney mayoral race and made it to the final round of the Tory London mayoral race in 1999.

Some of Andrew Boff’s key policies are as follows:

“Each ward will be allocated a £50,000 ‘Local Fund’ which will be spent on local projects by the local Councillors sitting in open session. This will be increased throughout the lifetime of the next administration. Councillors need more power over decisions in their wards.”

“All publicly funded housing will be low rise family homes, preferably with gardens, to alleviate the severe problem of overcrowding in our estates”

“Hackney, like Richmond, will not permit any new skyscrapers or Tower Blocks. Tower Blocks belong in Hackney’s past, not its future.”

“I want to see Hackney’s markets rejuvenated. They encourage people to spend locally and provide great opportunities for people to start in business. “

End the neglect of our youth

Cut the cost of the cabinet to £0

“In 2012 there will be a referendum to decide if Hackney residents want to continue to have an executive Mayor.

“Residents on Hackney’s Housing Estates have increasingly had to pay twice for street lighting, twice for cleaning, twice for refuse collection. I will make sure that process is halted and reversed.”

Find out more about Andrew Boff on his website Change Hackney